Greetings Fish Enthusiasts, The F/V Cecilia down in Ventura CA landed some beautiful & sustainably caught Ridgeback Shrimp. We will also be offering Golden Chanterelles & Hedgehog Mushrooms from Humboldt County. We will be making a delivery of these delicious species on Thursday November 21st

If you're a package holder, please use the Prepaid Order Form or head to our Online Store to purchase

Ridgeback Shrimp derive their name from their hard exoskeleton and are the only members of the rock shrimp family that are found along the West Coast of the United States. Ridgebacks can be found as far North as the Monterey Bay all the way down to Baja California and are found in abundance in the Santa Barbara Channel due to its favorable habitat conditions which are soft bottom habitats along the inner and outer continental shelf at depths of up to 160 meters. Ridgeback’s have a lifespan of up to 5 years and are able to reproduce by 2 years old. Ridgebacks have a unique reproductive technique as they are broadcast spawners, not brooders like many other shrimp. The female carries sperm pockets on her body that were previously deposited by the males. During the months of June-October, with the synchronicity of the new moon, she will release her eggs and sperm simultaneously into the water column where they become fertilized. Ridgeback’s are capable of spawning multiple times during the spawning season and are known to release up to 86,000 eggs per spawning cycle. Ridgeback shrimp populations are highly affected by the El Niño Southern Oscillation and it appears that the they have the greatest reproductive output during warm years. Ridgebacks are omnivores that prey upon diatoms, gastropods, crustaceans and surface sediments. They are preyed upon by an array of species including lingcod, sharks, rays, octopus and other ground fish.

The Ridgeback fishery is considered relatively small with only a handful of vessels being issued permits to fish for them. It is required for this fishery to use bottom trawlers equipped with a rigid-grate fish excluder device to minimize bycatch, which has greatly reduced the amount of unwanted bycatch.

Chanterelles are a beautiful species native to the Pacific Northwest commonly found during the fall and winter months. They have a mycorrhizal partnership with conifers trees and are found either alone or in small clusters. They have a distinguished vase shaped fruiting body with a flesh color that ranges from soft yellow to striking gold. The cap is fleshy with wavy, rounded cap margins that taper down to meet the stem. They have a mild nutty flavor that is highly versatile in the kitchen.

Hedgehog are found from the central coast of California up to British Columbia and have a mycorrhizal relationship with Live Oaks and sometimes conifers. This type of relationship benefits both the tree and the fungal as they exchange nutrients between the two of them They are among the few species of mushrooms that have a toothed hymenophore, as opposed to gills. Their caps have a soft peach color with a convexed and dented inner margin. Hedgehog’s have a unique earthy and nutty flavor with a mild peppery taste.

If you have any questions feel free to email us ocean2table@gmail.com or text us at (831) 295-8403. Thank you for supporting your local fishermen and fisherwomen!​ 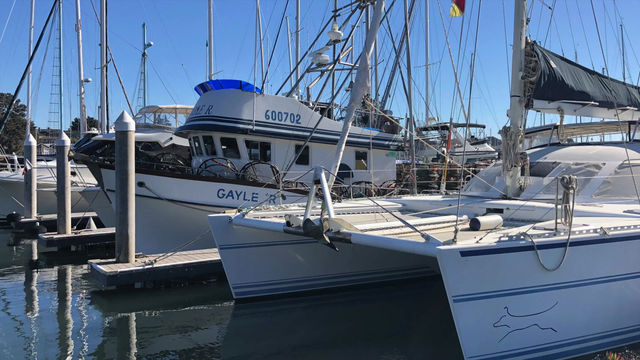 Want to know how Ocean2table Started?